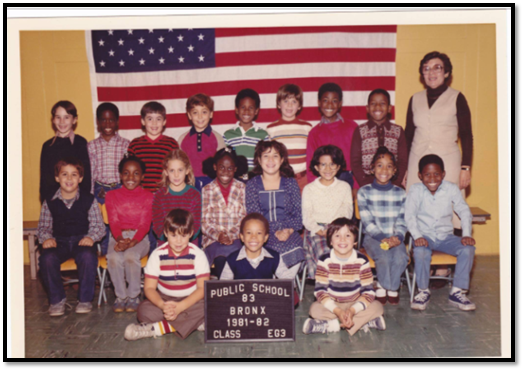 Oh the Places You’ll Go! No Limits to Dream Big

Sitting in a room surrounded by décor consisting of butterflies and hot pink as part of an annual tea, I took in the words of wisdom from the special guest keynote speaker, a successful woman, Quincy Brown, who earned a doctorate degree in Computer Science as part of the Vision and Cognition Lab at Drexel University.

Tea & “bytes,” the fundraising event hosted by Tech Sassy Girlz (TSG), the signature program of Collegiate Pathways (CPI), is held each year in the Spring. Its purpose is to raise funds to support programming, scholarships and outreach efforts to encourage and inspire young girls in middle and high schools to pursue careers in science, technology, engineering and math (STEM). Currently the organization has introduced more than 700 girls to STEM, with a future goal to grow this number to 1K by the end of the year. Tea & “bytes” is usually held at the Orlando Science Center, the perfect venue to underscore the vital role that science plays in developing future leaders technical careers.

Reading excerpts from one of her favorite books, Oh the Places You’ll Go, by Dr. Seuss, Dr. Brown started her presentation by sharing deeply personal stories from her early childhood and how the path she took eventually led a young black girl from the Bronx with average grades to aspire to a successful career as an expert in computer science, with a doctorate and eventually serving as a Senior Policy Advisor in the White House. She discussed her vision of “Quincyland,” where diverse people of ethnicities and physical modalities could become who and what they wanted to be based on their aspirations and choices.

She explained how her elementary education was propelled by an atmosphere that saw no limitations or definitions. She was enabled to become who she was because she grew up in an environment that drew strength from diversity. She would encounter the typical ups and downs in life, but she was ultimately provided with opportunities. Some of these were created for her and others she carved out for herself, such as becoming an example of a working young wife and new mother, while completing her graduate education. Nonetheless, they accumulated into the drive that would eventually propel her to achieve the pinnacle of success by becoming a university professor and on to being an influencer of the national dialogue on science and technology.

“It is my belief that all children are capable and deserving of being innovators and creators of knowledge and not consumers. Technology has the potential to enable individuals to become masters of their own fate. While there are researchers interested in creating this technology, I am interested in how the fruits of their labor are applied. As I learn of new findings in education, I often wonder how and when the implications of those results will trickle down into classrooms. My research is aimed at facilitating this process,” says Dr. Brown.

Dr. Brown’s Career – Which Path Will Lead to Success?
Dr. Brown’s career spans an extensive background with a number of prestigious honors. While completing her doctoral studies, she was a National Science Foundation GK-12 Fellow and a Bridges To the Doctorate Fellow. She taught and developed STEM curricula for middle school students and later became the recipient of the National Science Foundation/Computing Community Consortium CI Fellows Postdoctoral Research Fellowship award.

Dr. Brown served as an American Association for the Advancement of Science & Technology Policy Fellow aka AAAS S&T Policy Fellow at the National Science Foundation, where she worked in the CISE Directorate, on a range of projects involving Computer Science Education and Broadening Participation in STEM.

Under the administration of former President Barack Obama, Dr. Brown was a Senior Policy Advisor in the White House Office of Science and Technology Policy (OSTP), where her portfolio included Agricultural Entrepreneurship, STEM Education, and the My Brother’s Keeper STEM+ Entrepreneurship initiatives.

Currently, Dr. Brown is the Program Director for STEM Education Research at the American Association for the Advancement of Science (AAAS). She continues to light a spark by inspiring others to pursue technology-related careers and interests. She is a co-founder of NationOfMakers.org, a non-profit organization focused on fostering an inclusive and diverse community of Makers and is also the founder of the Games+Mobile Play, Learn, Live Lab at Bowie State University.

As a mother of two girls, who are in middle school and a freshman in college, she encourages them to pursue career interests that support their goals and dreams. In Quincyland, they can be who they want without restrictions and in real-life she holds true to those same principles. She stressed the importance of organizations such as Tech Sassy Girlz, that provide the forum for girls to converge and participate in these types of opportunities. The mentoring and support are critical to help them gain insight, confidence and success.

“We were honored to have Dr. Brown speak at our annual fundraiser, Tea & ‘bytes’ to bring awareness not only to Tech Sassy Girlz, but also to support girls interested in STEM. Dr. Brown’s talk demonstrates her commitment and dedication to advancing STEM education and ensuring that all girls have a place at the table. We are thankful to have her as a STEM advocate,” says Laine Powell, M.Ed., MSM, TSG/CPI Founder.

CenturyLink Scholarship Winner
As part of the activities during the luncheon, the Century Link Scholarship Winner was announced. The scholarship of $1,500 was awarded to Akylah Cox, a senior from Dr. Phillips High School. Cox boasts a 4.66 grade point average. She is a diligent inductee of various honor societies, working tirelessly to make an impact in her community, as well as striving for academic excellence in all facets. In the Fall, she plans to attend the prestigious Pratt School of Engineering at Duke University. Some of her long-term goals include obtaining a master’s degree in environmental engineering to mitigate the risk of furthered environmental degradation in our ecosystem. She keeps a tenacious attitude at all times with the help of her strong-willed mother, who always encourages her to “build your own dream.”

Tech Sassy Girlz is grateful to the companies and individuals that contribute to the scholarship funds to make them available to the “girlz.” Additional scholarships are available, please visit the TSG website for more information.

A Conversation with Dr. Brown
On Saturday, March 18, 2017, Tech Sassy Girlz spent an intimate afternoon with Dr. Brown. During lunch, she shared her journey with TSG alumna as well as those in middle and high school. It was an opportunity for them to hear first-hand about her journey and the challenges and obstacles she faced while pursuing her degrees in engineering and computer science. The students asked thought-provoking questions and she offered practical advice on how to press forward and not be bound by any obstacles. Following lunch, the students and Dr. Brown toured the Orange County History Center to see the African American Exhibit.

“The mentoring moment Dr. Brown spent with Tech Sassy Girlz was priceless. We are extremely grateful for her generosi-tea in being the keynote speaker at Tea & ‘bytes’ this year and by also sharing her words of wisdom with the ‘girlz.’ The level of access that the Tech Sassy Girlz had to Dr. Brown this weekend will hopefully further their interests in computer science, engineering and technology and say ‘one day, I WILL become Dr. Brown and inspire other girls in STEM,’” says Powell.