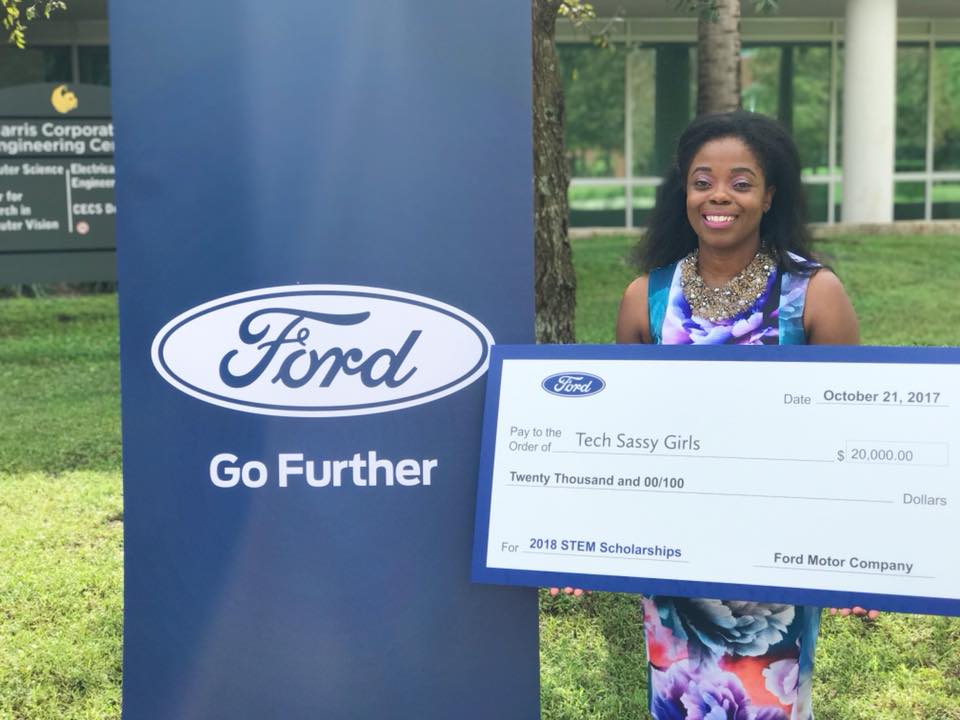 What is the common denominator between Sheryl Sandberg and Laine Powell, M.Ed., MSM, founder and executive director of Tech Sassy Girlz? Both are graduates of North Miami Beach Senior High School and advocates working to close the gender gap in STEM industries. Inspired by the career success of Sandberg, Powell has embarked upon an endeavor combining her passion and desire to make a positive impact in the lives of adolescent girls while changing the face of high tech.

During her freshman year at the University of Florida, Powell developed an initial love for computers as a self-taught techie. It began when her eldest brother, Israel Mathias, a management information systems graduate, built his first computer. She was fascinated by the process and intrigued by how he assembled the components. While at UF, Powell met her future husband, Courtney. He was a computer and electrical engineering major. Her passion for computing ignited as she read his computer science books and magazines, along with attending technical-engineering events together. At these events, Powell quickly noticed few were women, let alone diverse. Although Powell’s interest piqued in computer science, she did not have the confidence to pursue a computer science or engineering degree because she did not know any women working in these fields to serve as mentors or role models.

Transforming into a Butterfly

Motivated to change this high-tech gender gap, Powell created a nonprofit organization dedicated to empowering middle and high school girls to pursue science, technology, engineering and mathematics (STEM) fields through college preparation, career readiness, and mentoring. Thus, Tech Sassy Girlz was born under the original charter of Collegiate Pathways in 2012. Capturing the symbolism of the butterfly as its mascot, TSG would come to represent the embodiment of growth and transcendence, as it does from caterpillar to butterfly. While equally elegant and beautiful, the butterfly transforms to embrace a new way of ascending to a higher self… [read full article]