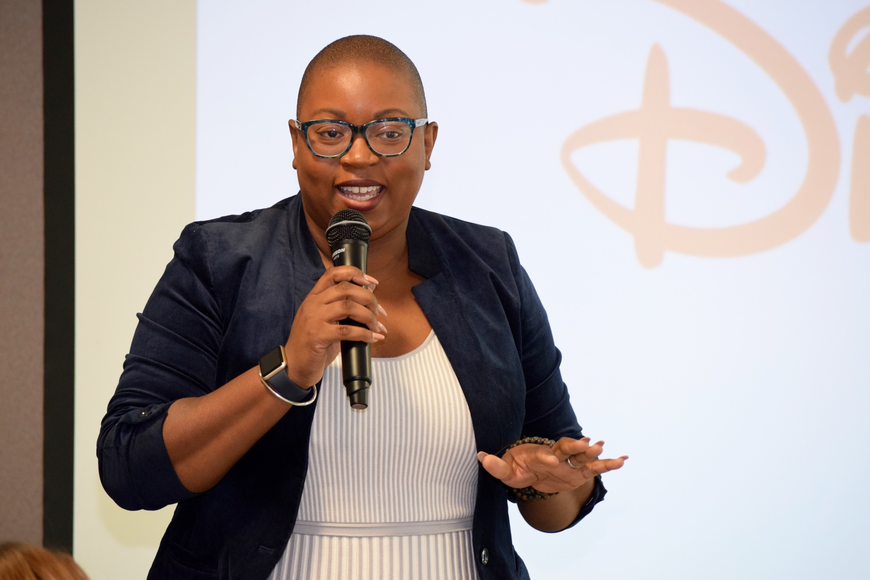 Falling Down Flat but Chasing Dreams with Unlimited Possibilities

Emerging as One of America’s Leading Authors and Speakers on Entrepreneurship, Tech Innovation Inclusion, Funding and Personal Branding

Chasing down the street after an ice cream truck, future technology entrepreneur and social change agent, Felecia Hatcher, had only one thing on her mind – that was to get ice cream!  She was hosting an event that was winding down when she determined how nice it would be to have ice cream for dessert.  How she longed for the days of her childhood when an ice cream truck would roam the neighborhood, tantalizing hungry children with its nostalgic music drawing them in to make their purchases.  Well, to her amazement, she seemed to hear that same familiar tune, but this wasn’t a dream, it was reality.  As quickly as she heard it, she leapt to her feet, heels and all, to chase down the truck.  Unfortunately, reality didn’t turn out well, as she fell down flat, only to see the truck in the distance.  The moral of the story is that there is always a silver lining (or ice cream in this case!).  This event served to be the catalyst of her endeavors as an entrepreneur to create Feverish Ice Cream, a gourmet popsicle and ice cream catering company she started in 2008 with her husband Derick Pearson.

To fully understand the journey that Hatcher has undertaken, it is important to learn about her youth.  As she proclaims herself, she was a “horrible student in high school” earning a reputation as a “C” student.  She recalls a meeting with a guidance counselor that she hoped would turn out well, offering strategic advice and a path to college.  Little did she know, the conversation would not be uplifting or encouraging but rather it lit the fire in her to hear that she was relegated to considering her options as a to be lucky enough to get into a vocational school!  A university degree however, would not be in her path.

Creating her own luck and powered by this conversation, Hatcher set out to get to college anyway.  She knew it would happen one of two ways – either by joining the military or obtaining scholarships.  So off she went getting creative and applying for any scholarship she could find.  To her credit, she approached graduation day with angst, hearing all of the laudes (summa, magna, etc.) knowing she would not be among that crowd.  When her name was called to approach the stage, she noticed three women – one of whom was that guidance counselor that had not provided the encouragement she was seeking but rather attempted to suck the wind from her sails by limiting her potential.  To her amazement, Hatcher received an astonishing $125,000 in scholarships – enough to go college and pursue her dreams.  That moment stayed with her so much that even when Hatcher wrote her first book The “C” Students Guide to Scholarships, she dedicated it to the guidance counselor – to serve as a reminder of what IS possible!

Unlimited possibilities – this is the underlying theme that Hatcher wants to convey.  As one of the country’s leading and most sought-after speakers, entrepreneurs and authors, Hatcher has emerged to provide encouragement for women to unleash their “epicness.”

As the keynote speaker for the annual Tea & “bytes” fundraiser for Tech Sassy Girlz, a nonprofit organization dedicated to empowering middle and high school girls to pursue careers in STEM, Hatcher stood as an example of success.  She proved that where there is a will there is a way!  She praised programs like Tech Sassy Girlz, which didn’t exist when she was younger, for the access, information, mentoring and financial resources it provides.  Additionally, she called upon the community to continue to embrace and support programs like these which serve as a catalyst for talent creation, which is the future of our country and innovation.  She also lauds programs that teach skills and foster making, like the Maker Faires, because that creativity develops the analytical and critical thinking skills that are needed in STEM fields.

She credits her creativity to her parents for purchasing a laptop that she would use to take apart and remove and for not allowing her to have cable TV in her room.  She found a way to rig it up and enjoy the fruits of her labor.  That tinkering and creative exploration – in a safe way – enabled her to pursue a path toward a future technology career.

So what did she do?  She went on to attend Lynn University.  While there she used her experience and knack for personal marketability to start her first business called Urban Excellence as a freshman!  As a college student, Hatcher built and ran innovative college prep programs for companies like DeVry University, MECA, AMPS Institute, the YMCA, TED Center, Mount Olive Baptist Church and the Urban League.

Hatcher also worked for the NBA’s Minnesota Timberwolves as the front office marketing manager for the Minnesota Lynx and spearheaded a huge increase in single game ticket sales.

In 2012, the couple raised major venture capital (VC) funding to open a retail store and large-scale manufacturing facility. The company that Hatcher ran for seven years was dedicated to sustainability and innovation – donating a portion of each popsicle sold to charity as well as founding a youth entrepreneurship program called PopPreneurs in 2010.  At PopPreneuers, Hatcher and her husband Derick Pearson taught kids in urban areas how to become entrepreneurs through ice cream carts and in 2012 they founded Code Fever which at the time taught teens and their parents how to become creators of technology. The couple sold Feverish Pops in 2015.

Hatcher now serves as an advisor to startups, and travels the world speaking to students and entrepreneurs about personal marketability, building a business with limited funding, ridding communities of innovation deserts and overcoming failure! Hatcher also works extensively with government, foundations, schools and VC’s to increase inclusive innovation in Miami and communities across the globe to make their startup communities more inclusive through Code Fever and BlackTech Week and VC in Residence programs.   Hatcher is the author of five books and provides resources/training through her website.